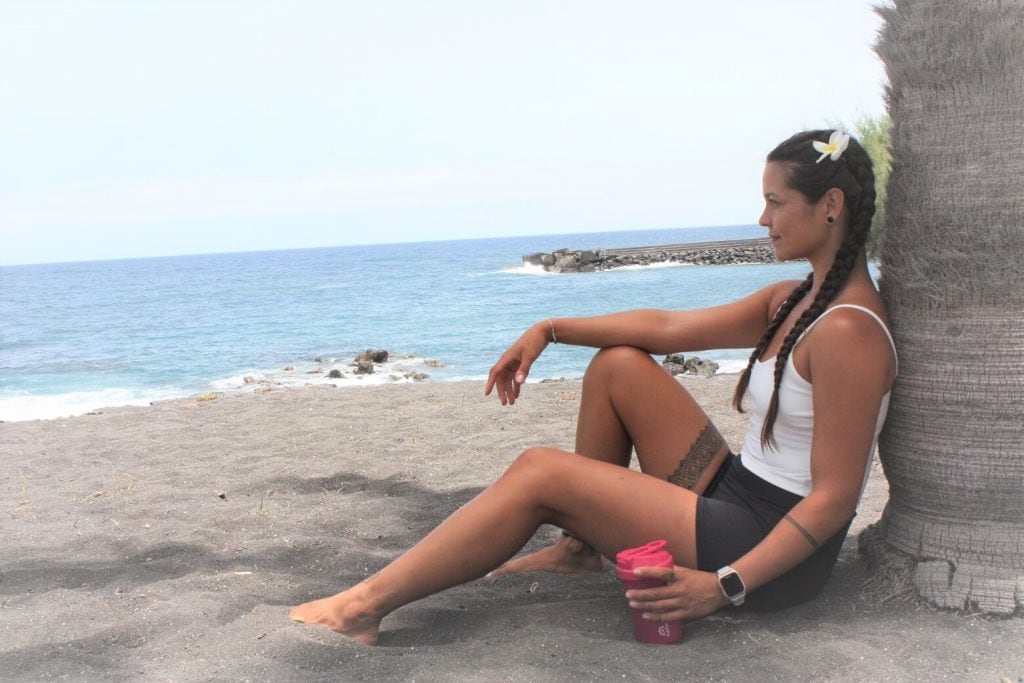 My Journey to Self-Love & Joy

A powerful journey of change.

I had a long way to get to the point where I am now – a point where I see myself as I am.
The journey was tough, with lots of highs and lows, sometimes I doubted my way and a lot of times,
I doubted myself – but I never quit.

I fought a lot, especially with myself. I wasn’t able to see myself the way others would see me and I never could accept compliments, because I never believed in them. The underlying feeling of not being good enough guided me through my life. I always had the feeling of not being beautiful enough, shaped enough, strong enough, smart enough, because of certain beliefs I had, because I compared myself with my siblings, my friends, with others.

I developed behavioral patterns that got me through life, like a survival program and behind a facade of a smiling face I could hide my vulnerability. It served me as a self-protection-shield and I became a master in acting – acting happy to hide the pain, the tears, behind shut doors.

I needed to prove my worth, my value through the outside world – mostly in party nights out, so I could enjoy the short time of feeling worthy. But like a quick fix, which gave me a huge, but not long-lasting high, the hangover was even worse and the tears grew bigger.

My relationship towards myself was broken. I didn’t like what I saw in the mirror. My breasts were too small, my belly too fat, my butt too flat. And I would tell that to myself – over and over again. I spoke it out loud, while looking into my own eyes and without knowing I manifested self-hatred my whole life and so it became my reality.

I tortured myself with starvation after extensive workouts to compensate for the calories of the day before, but I would always find myself lost again in bingeing all the foods I restricted myself to. I had no other choice. It was a compulsion, a higher force that controlled me, I was not aware of myself.

Sometimes I spent hours in the supermarket, conflicted about which foods I could allow myself to eat and which I couldn’t. Social contacts often had to suffer, as it became a greater challenge to combine food and company. It required long mental and physical preparation to plan a dinner night with friends and I would often find excuses not to come or to arrive late, after the dinner. Spontaneity became a foreign word.

I was ashamed of myself and angry at the same time that I couldn’t act differently.

I lost hope for change and gave up on myself. I didn’t care about my body and couldn’t build a connection to it. I would have traded it in immediately if I had had the chance to!

I reached the peak, a point, where my mental worries became physically noticeable. A point at which my body sent signals that made me strongly think and made me very worried the first time in life. My digestive system was not working naturally anymore and I got sick a lot of times. The first time in my life I got worried about my future….

I knew exactly – it was now or never – but it couldn’t go on like this. I mustered all my courage and sought outside help. I contacted various therapists and started with yoga and meditation.

The diagnosis of an eating disorder was not surprising, but still like a slap in the face. A slap in the face of reality. I gathered all my strength and worked hard on my mindset. Slowly but steadily I got to know myself better and even if the change was very uncomfortable on some points, I experienced love for myself for a very long time again.

But still, I could not turn off the voices in my head that told me I was not enough. My biggest fear was to disappoint someone of my loved ones and so I wanted to please everyone, always putting others first and myself second.

And even though I fought bulimia, I still was accompanied by the constant thoughts on food and often found myself eating, out of emotional reasons.

I hoped that my problems would disappear when I left the city where I lived. I thought, maybe I need a change of environment to find myself. I dived deeper into yoga, travelled to India, became a teacher. The journey itself had already changed me a lot, but even if it seemed at the beginning like I solved my problems, at the end it was not the cure.

But my journey led me to new people and I discovered paths I didn’t know before. I separated myself from toxic relationships. I got to know myself better, walking these paths, learned to understand my behavior in different situations and understood my triggers.

As my energy changed I attracted more like-minded people and I invited them into my life. I met a man who, for the first time in her life, made me feel valuable just the way I am.

The relationship towards my body reached a new level. I learned not only to accept my body, but also to love, appreciate and respect it. I liked to touch it and made friends with my reflection in the mirror. I started manifesting self-love and self-love became my new reality.

I changed my approach to exercise and sport, moved because I could, because I wanted to, because I liked the feeling in my body and not because I had to, to compensate for calories. I praised her body for the things it accomplished and gave it time to develop new skills.

I changed her relationship to food, started listening to my body’s signals in order to answer the questions of what to eat and when and suddenly food intake was intuitively and no longer emotionally driven.

I learned to deal with old and stuck emotions. I let them out, rather than suppressing them. I allowed myself to show my emotions, my feelings, all of my faces, even if I had to take the risk of getting rejected.

I emancipated myself more and more and liberated myself from the bonds I had tied myself up years ago. And a new woman was set free.

A embodied warrior woman who fought herself free.

A woman who knows her power, who realizes her potential.

A woman who has an opinion which she can communicate.

A woman who knows what she stands for.

A woman who loves her body and treats it that way.

A woman who healed her wounds and grew bigger through them.

A woman who is authentic and real, in her vulnerable as in her strong sides.

A woman who trusts herself and is clear about her path.

I have a vision – a vision that every woman has the power to change, to become the best version of herself, to live a life in joy and self-love without having to pretend to be the way she thinks she should be, because of ideals of herself and misleading beliefs of society.

And my vision became my mission.

“I support and inspire women to realize their full power and potential, by overcoming superficial standards and beliefs of society and ourselves that stand in our way and give ourselves the love, respect and acceptance we deserve to finally find joy and self-love in being themselves as they are.” 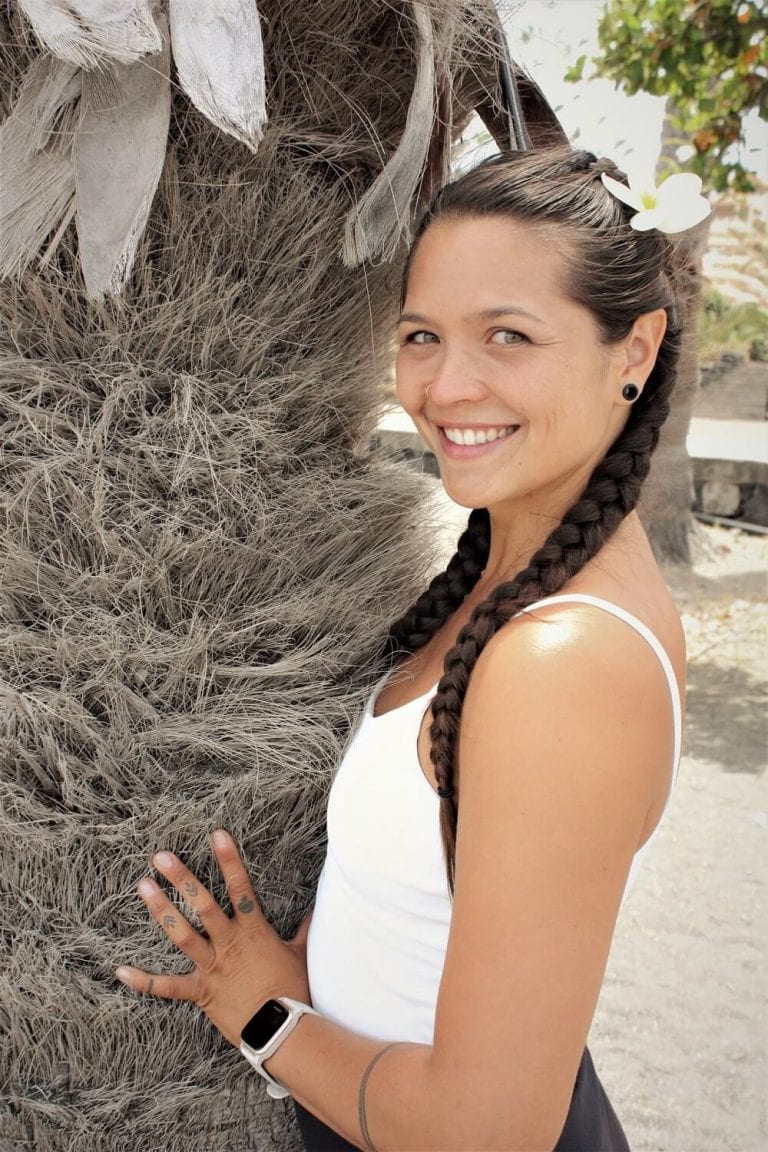 How I Overcame Emotional Eating and Became Friends With My Self

My yogic journey started in 2011 when I got introduced to power yoga as an additional way to work out. At this time I struggled with an eating disorder and had a really bad relationship with my body. However, a few years later when I started therapy, I discovered that my yoga practice not only shapes my body, but more importantly, my mind. I came to realize, that yoga is not only a “work-out” but also a “work-in”: helping me to accept myself the way I am, and at the same time, to cultivate more self-love and happiness. I worked on my emotions, I gave them room rather than suppress them and found out what triggers me. This emotional support of myself helped me to have a better relationship with myself. To finally overcome emotional eating and a negative self-image.

What does “yoga, fitness & nutrition” mean to me?

In short: “to feel”. First it’s the food I eat and the liquids I drink that create feelings in my body. Second, it’s all the movements I give to my body that affect my well-being. So, consequently, it is really important to be able to read my own emotions and to know what I have to do to reach the stage where I can feel the best. Luckily, there are many basic things and tools we can easily adopt in our everyday life that help us become more mindful about our health and find balance as well as happiness.

“It all starts in our mind and it all ends in our mind, and we are stronger than we think: so just do it and become the very best version of yourself and… enjoy yourself! 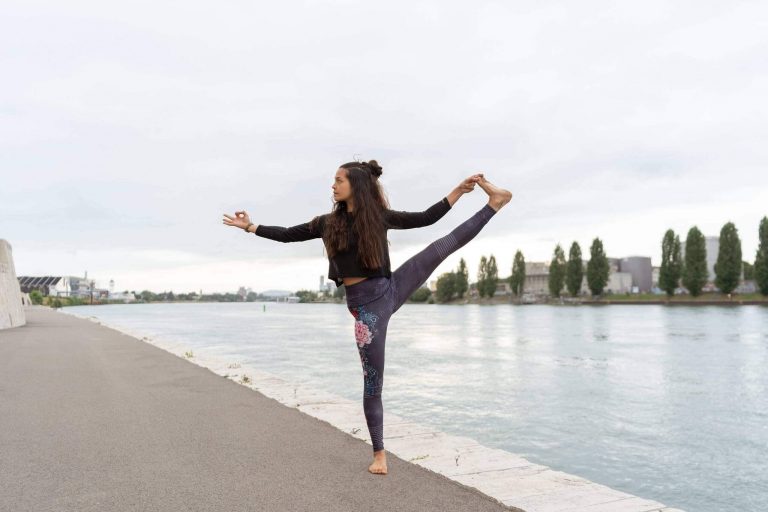 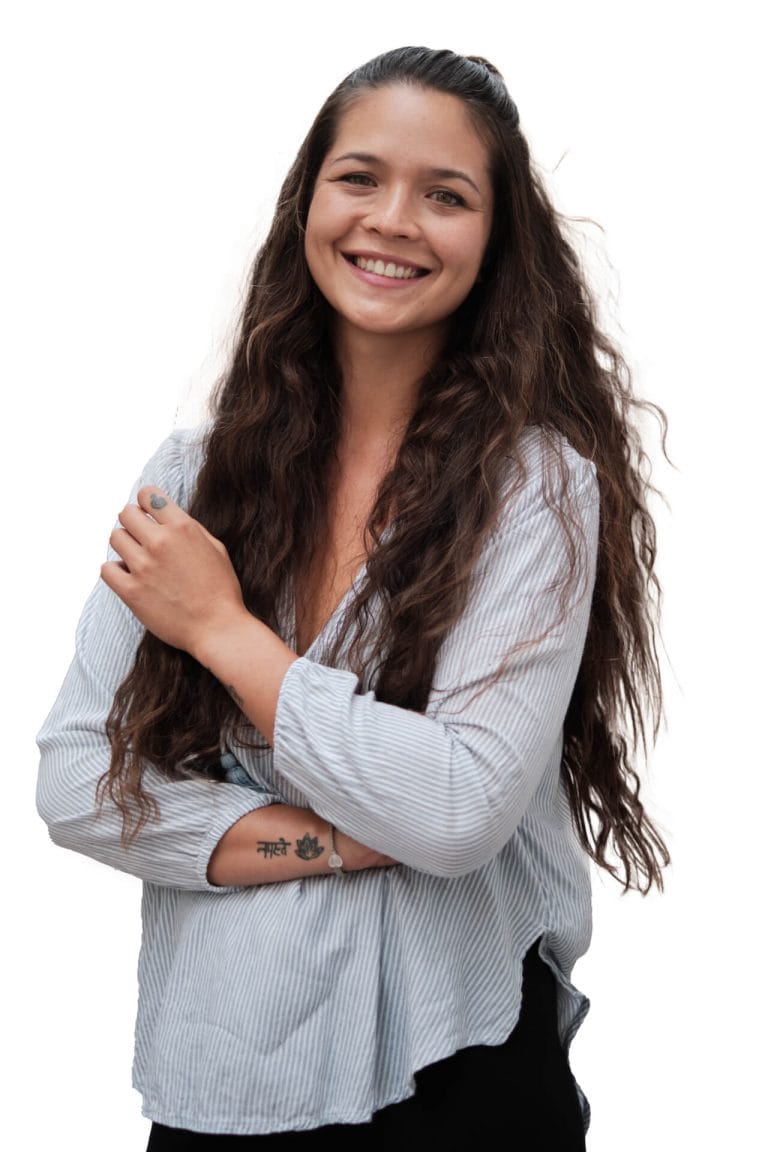 Mind, Body, Eating Coach – Institute for the Psychology of Eating, Colorado, (in education)

Magistra of biology and nutrition, Teachers degree – University of Vienna 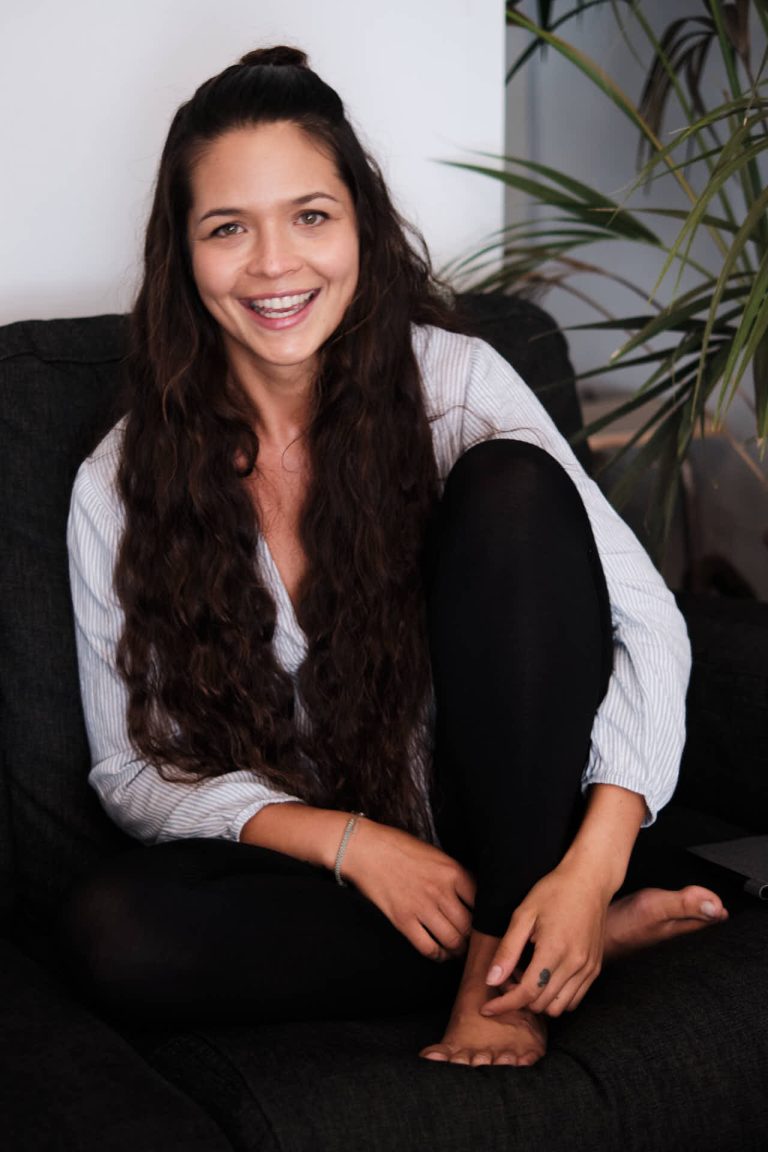 Any questions left?
Just get in touch with me.