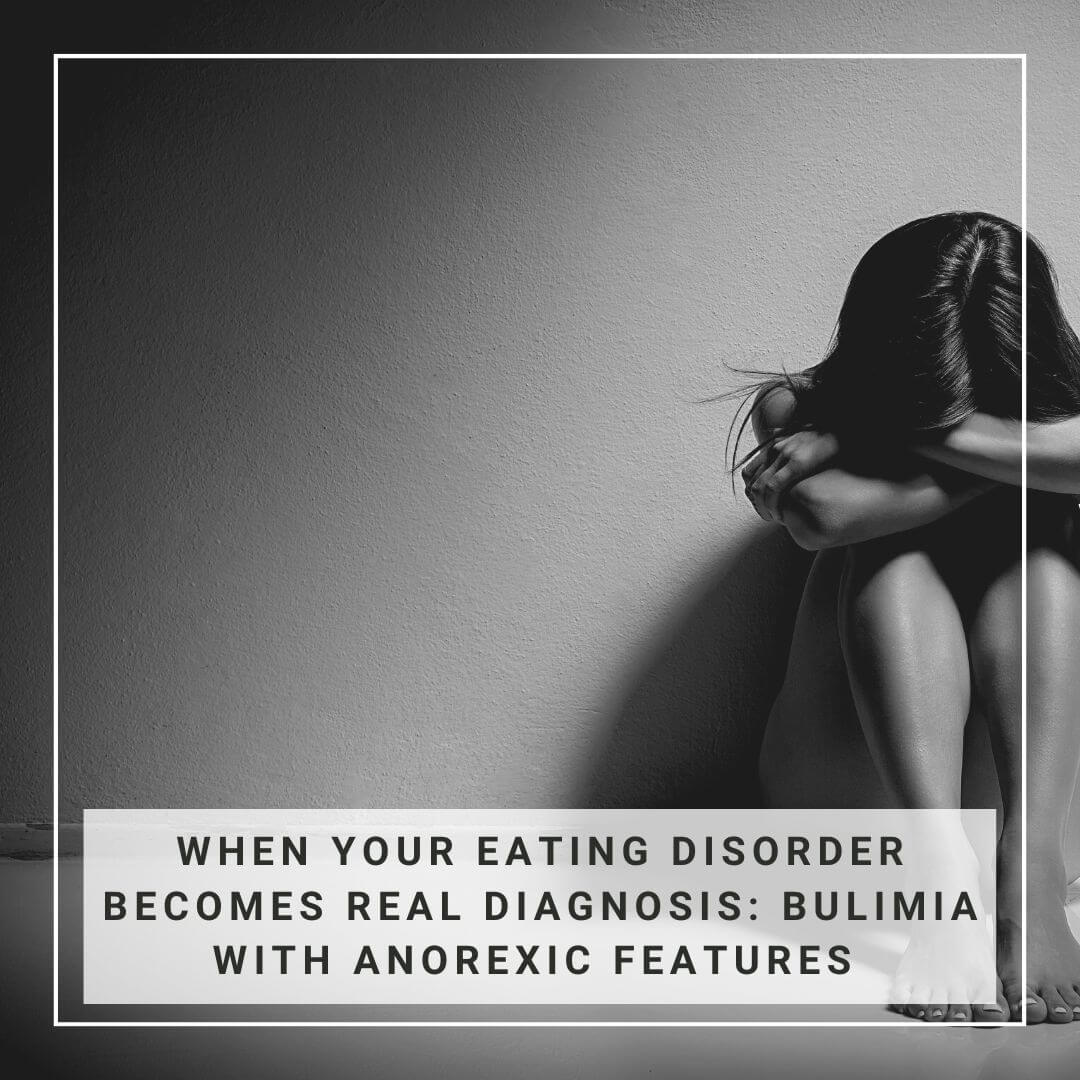 This blog post is a very personal story.
The reason why I still want to share it here, is to encourage you to reach out for support, for help, for guidance, in case you need, because you deserve to heal and you don’t have to go through it on your own!

I will start the story at the pit point of my life, when I reached the peak of my pain. The moment where the emotional leverage was big enough to make the decision to change. It was on a holiday in Thailand, where I’ve been traveling with my younger brother for a month. At this point of my life, I had no self-worth left for myself and overplayed my lack of self-confidence with a cute smile and acting happy all the time.

After years of dieting and telling my body, my self terrible things in the mirror, I reached a moment where I had no respect left for myself and felt like a complete failure. To still get these short moments of positive validation I literally gave my body away and met a lot of men during this time.

On these holidays I got sick after too much partying (including overnight stays). I got a severe bladder infection, but even then, I did not listen to the signs of my body. I did not care about this body anymore. I was craving for validation – for the feeling of being someone worthy for a short moment, I was craving for a quick fix. And so I continued with the life-style I was living, while ignoring the pain and the blood in my urine.

After some days I got some rest on an island, gave in and went to the hospital. My infection has gone very bad, I had to do a lot of tests and stayed in bed in the hotel for some days. One day my brother motivated me to go out to the beach restaurant in the afternoon to get some sun in my face. We didn’t talk much, we were just sitting there in silence slurping the fresh mango juices and watching the waves.
Without any expression I said to him: “Once I’m back in Vienna I will start therapy”.
“That’s a good idea”, he replied. 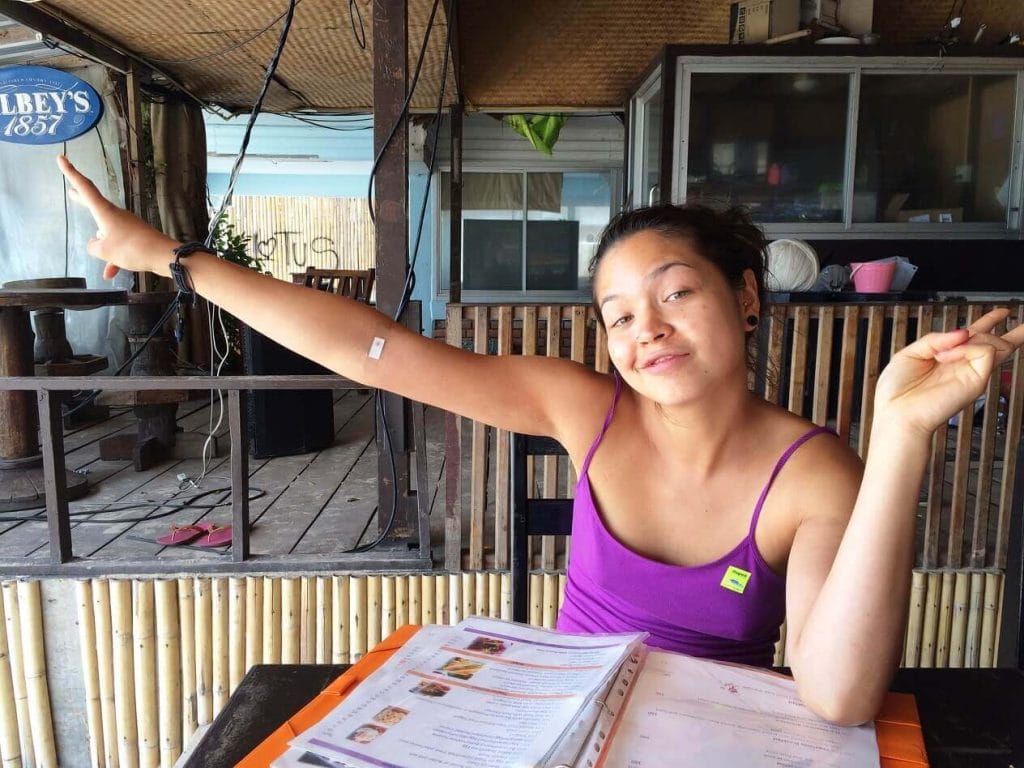 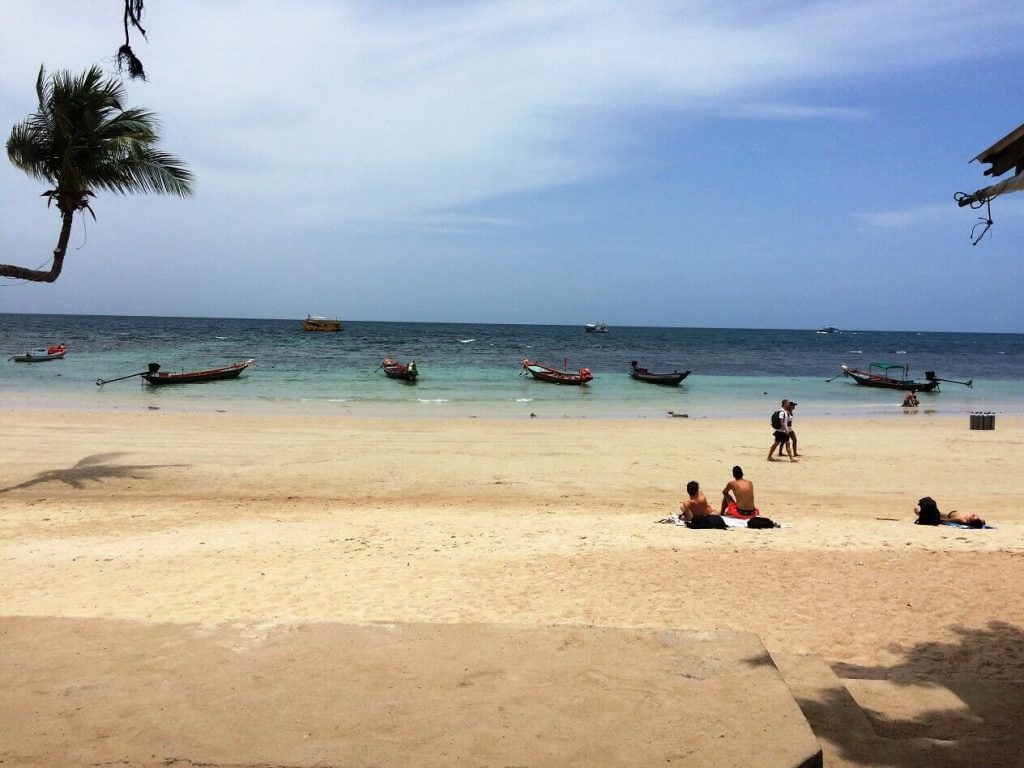 The picture shows me on the day I decided to start a therapy. I had a high fever and was suffering from a severe bladder infection due to my disrespectful lifestyle towards my body.

I really knew it was now or never - but something has to change.

Back in Austria I had to go to hospital again for more check ups and thanks good – everything was fine. I decided to go to a yoga class in a studio – until that point, I mostly practiced on YouTube from home. The teacher advised us to lay down on the mat and to close our eyes. “Watch your thoughts”, she said and so did I, but I could not hold them shut. It was so noisy in my mind and tears just came out of my eyes, I felt so much pain and so vulnerable.

I did not know where to go to get some help, but I knew I couldn’t do it on my own.
I was too embarrassed to tell anyone, so I googled in incognito mode “first help psychotherapy Vienna”. Thanks to Austria’s amazing health system – I got a lot of options with free first consultation – which was very important for me as a poor student.

On the day of my first appointment, I was very excited and scared at the same time.
I was afraid they wouldn’t take me or my problems seriously and send me away again. But at the same time, I was afraid that they would confirm I had a problem, whatever that problem might be. However, I went there, sitting in front of a stranger, who asked me what brought me here. I started to talk. Shared the story of my life, my feelings, my worries, with this woman I never met before and I remember it felt surprisingly good. To finally be able to speak out loud what was in my head and ingrained in my body. I felt anonymous and not judged at all. Of course, we have been talking a lot about my nutrition and the way I see myself as well and in the end I had to fill out an exercise sheet, where you could see women in different body shapes and had to select the body I thought was most likely mine.

Finally she told me that I made a huge step already to have called this practice, but they can’t keep me. They have to forward me to an Institute for People with Eating Disorders. For a moment my whole world stood still. I felt sick and wanted to vomit. The woman gave me some contacts from different institutes in Vienna where I could call and she sent me away.

So, another first consultation, another time sharing my whole story and many more tests to go through in the “Institute for People with Eating Disorder”. The psychotherapist told me at the end of the consultation the diagnosis: Bulimia with Anorexic features. BOOOOM – Again, the world was on hold. But this time, I felt a huge relief as well.

It felt so good to finally know what was “wrong” with me. To finally feeling seen, feeling felt and understood.

Of course it was not the first time that I had thought that I might have an eating disorder. I knew my eating patterns were different from others, but I just couldn’t fit myself into a box. I studied nutrition and knew all the symptoms of the different eating disorders, but none of them fit my profile. My therapist then explained to me: we are all different, symptoms are different and you can have traits from several eating disorders at the same time. Well… that made sense. And there I was, diagnosed with an official eating disorder. I felt like someone put a stamp on my forehead.

I always thought Bulimia is when you vomit, but I did “only” vomit maybe 5 to 10 times, so I thought I’m not bulimic. BUT bulimia describes as well the fact of compensating calories, however you do that. And that was something I mastered in life: if I ate dinner, I didn’t allow myself breakfast, if I had cake I had to go for an extra run, if I overeat I took laxatives and so on…
I also had the idea in my mind that you have to be life-threateningly skinny to be anorexic. BUT anorexia also describes the constant habit of seeing yourself in a very different way, mostly as too fat, being incredibly afraid of gaining weight, hating your body and no longer having a connection to one’s own body.

I felt relieved because I knew I finally would get help.

I was proud of myself, that I took the step to ask for help, to overcome my fear of not being taken seriously and finally would receive professional help. My healing journey began and I went to therapy once a week. Added Yoga classes in my schedule again and learned to take care of myself in a respectful way. This also meant taking a step back from party life and social contacts.

The journey was tough, with lots of highs and lows, sometimes I doubted my way and a lot of times, I doubted myself – but I never quit. 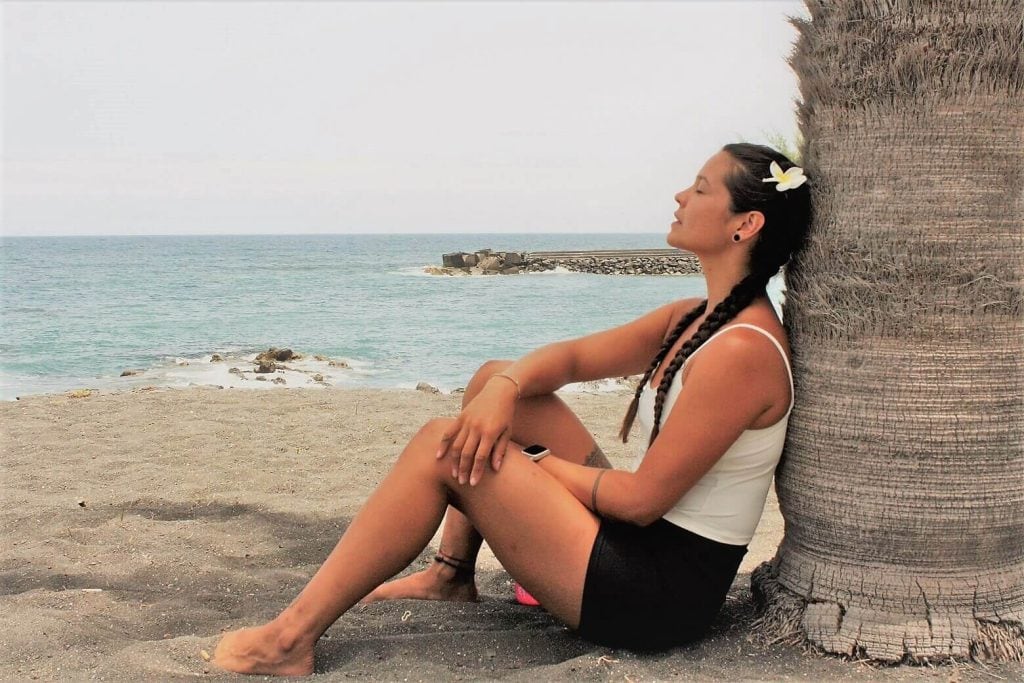 Healing needs time and you have to be ready for it.

You need to allow yourself to feel vulnerable and reach out for help, because you don’t have to do this on your own. When your car is broken, or you put the wrong fuel in – you are also reaching out for an expert or to someone who knows how to fix it. Same goes for your computer, the electricity, and the water system in your house. There is an expert for every field. So why do you think you have to solve your mental and physical problems on your own then?

After years of healing, getting to know and to love myself, I made it my mission to help others on their journey to find peace in their bodies and create a loving relationship with food.
Life can be good and enjoyable! – You deserve to heal.
And you deserve to feel good in your skin, that’s your f***ing birthright!!!!

I really hope I could emphasize a little bit more, how important it is to speak out and reach out for help you need. Thank you for taking the time to read and thank yourself for taking the actions that are required. If you feel the need to talk to someone – I am here to listen.

Book Your Free Discovery Call With Me 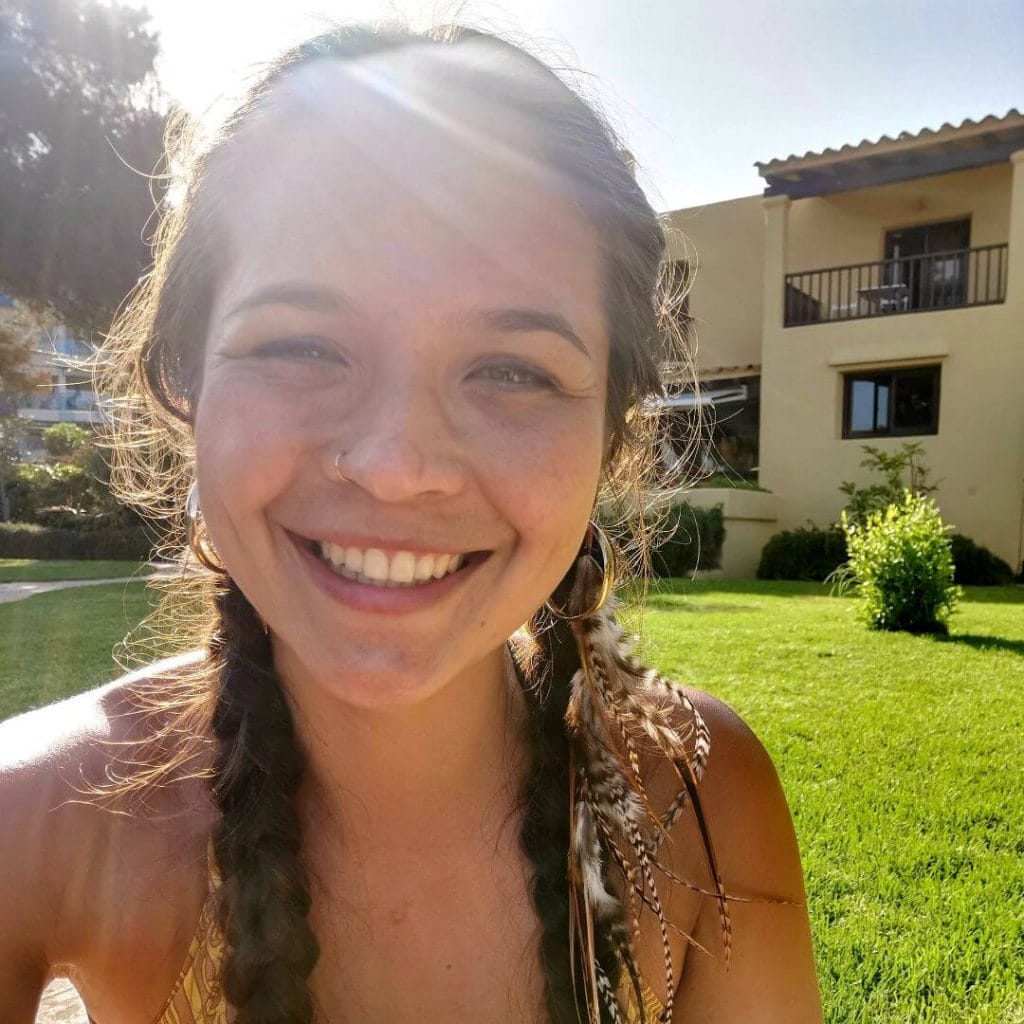 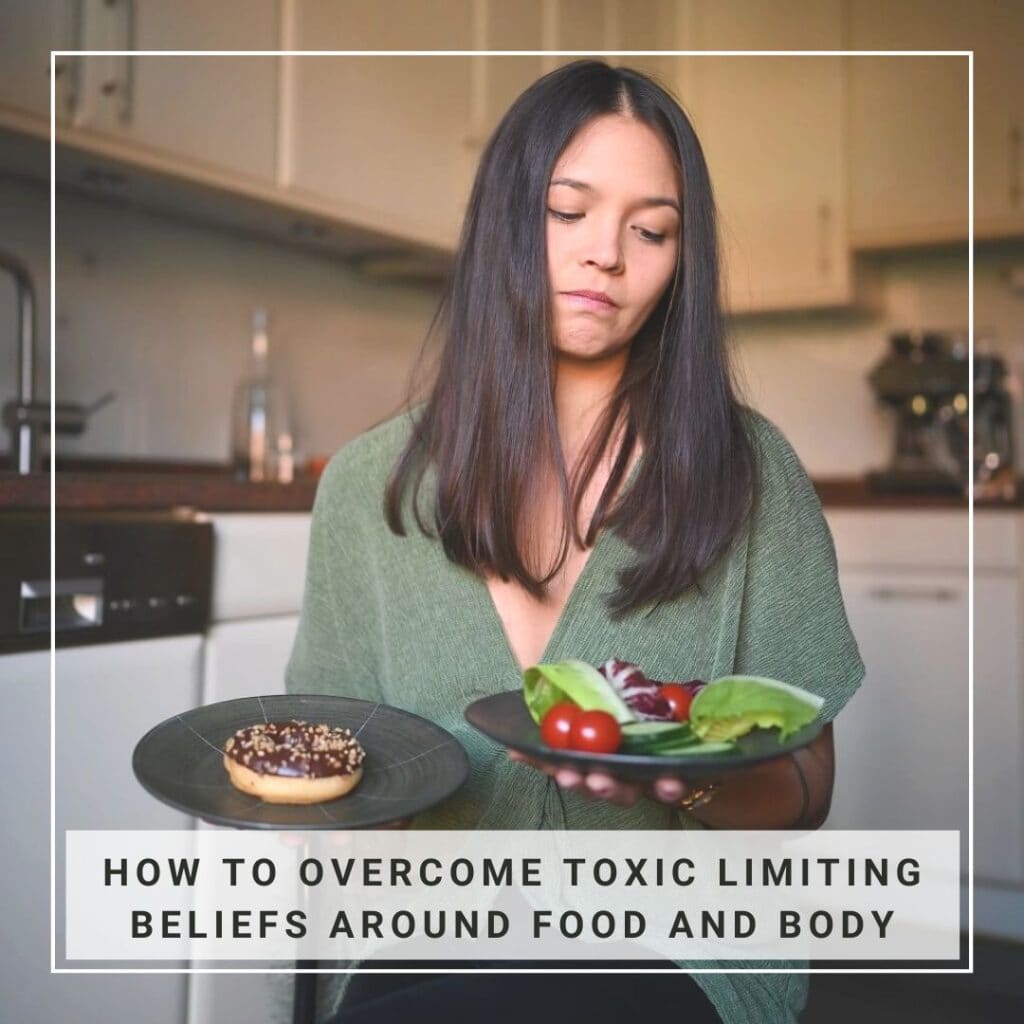 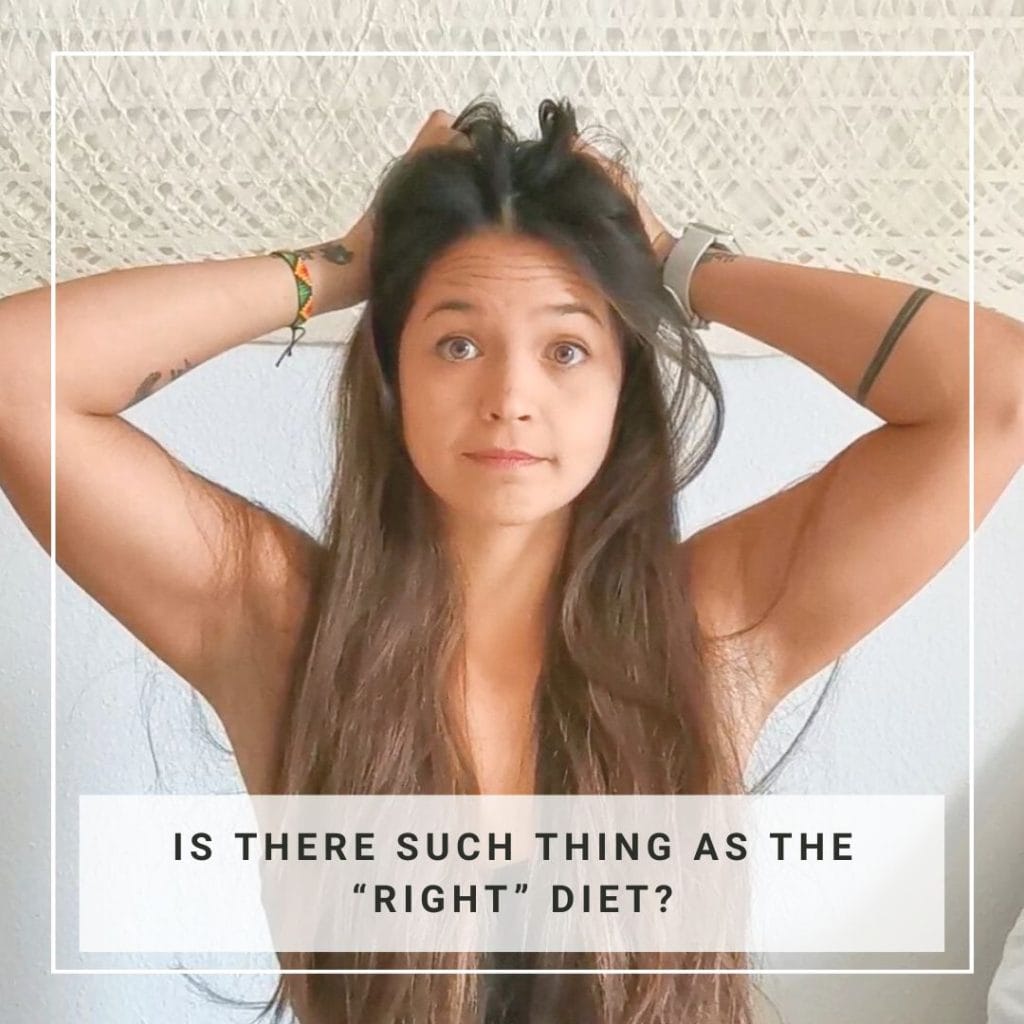 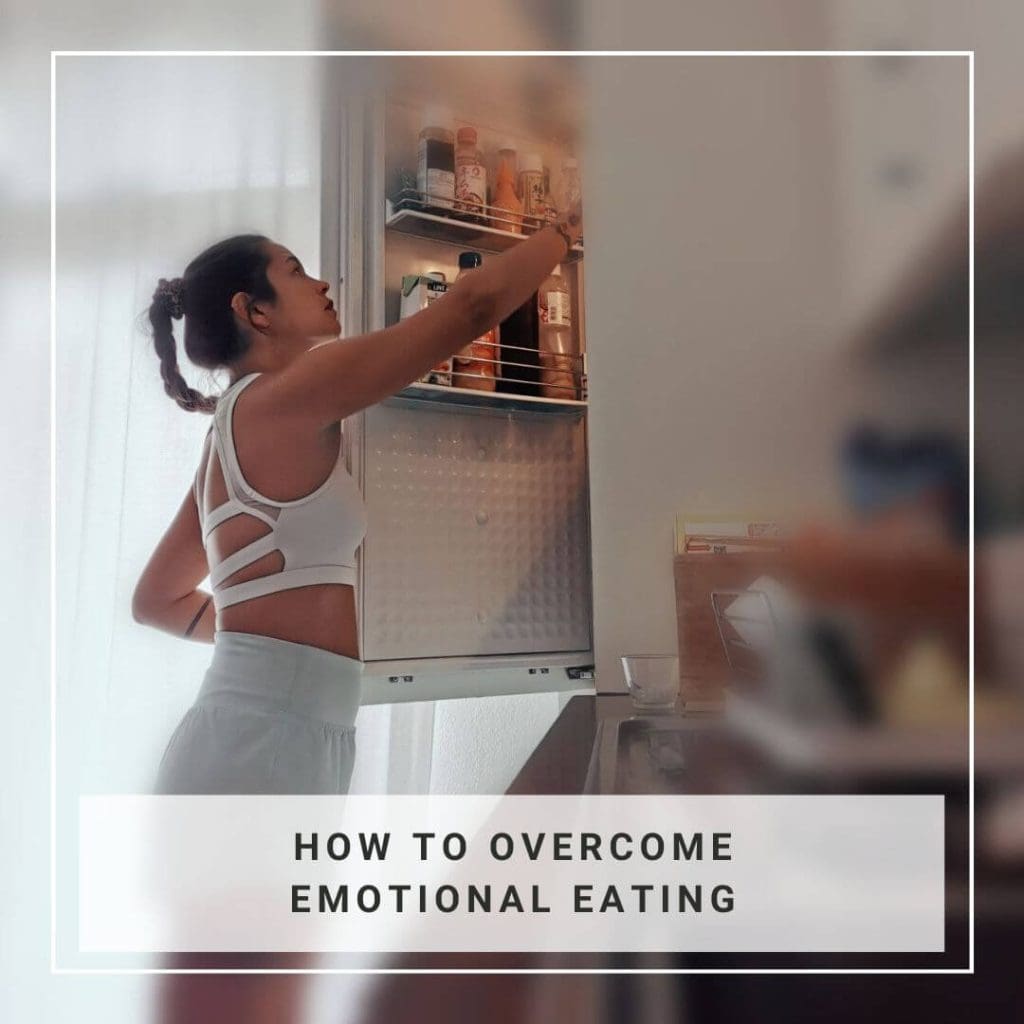 How To Overcome Emotional Eating?